In February, construction began on the second stage of the pedestrian and cycle path connecting Filtri Road with the Kadriorg district and Ülemiste terminal in the centre of Tallinn: a two-part pedestrian and cycle bridge (with an observation platform) connecting the Majaka neighbourhood and Kadriorg will be completed. The engineering work on this project was performed by Reaalprojekt OÜ.

The two phases of engineering works carried out by Reaalprojekt included a total of 1.78 km of pedestrian and cycle roads, 0.13 km of bicycle paths, 0.014 km of sewerage pipes and monolithic reinforced concrete structures for two bridges (one of them a four-span slab superstructure and the other a prestressed slab superstructure). “Visually, these will be attractive, curved reinforced concrete structures on posts. The first bridge has a geometry that resembles the shape of a horseshoe and is variable in width. The second bridge has a total length of 50 metres and has a flatter S-shape,” said Aleksei Muzalevski, the head of the bridge group of Reaalprojekt OÜ.

In addition to the two-part pedestrian and cycle bridge, street lighting will be built, utility networks will be upgraded and landscaping work will be carried out. The public will delight in the construction of a viewing platform.

The deadline for completion is October 2021.

Reaalprojekt has 20 years of experience in the field of design. We have collaborated with hundreds of clients and created more than 1000 projects. 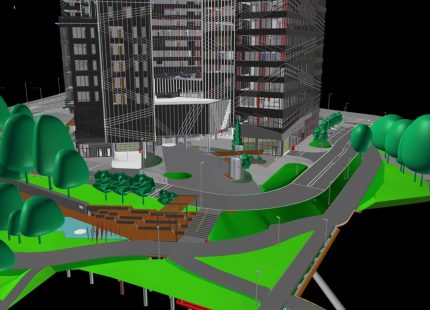 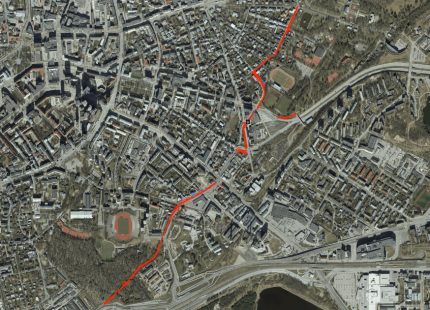 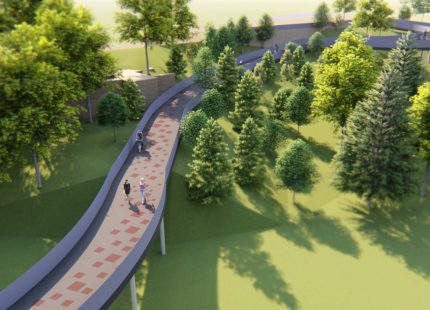 Together, we will find a solution to every engineering design challenge